The Adromischus genera (Crassulaceae family) include numerous species that have distinctive leaves, like Adromischus cooperi, often with purple spots and a curiously wavy margin. The genus Adromischus includes about thirty species and the name is derived from the Greek “adros” (abundant) and “mischòis” (stem).  They have very fleshy oval leaves that are light green or gray-green in color and have a wavy outer edge. Adromischus cristatus known as the Crinkle Leaf Plant (and key lime pie succulent plant) is one of the easiest species to grow and take care of.

In this article, you will find tips for Adromischus cristatus care and propagation.

Adromischus cristatus is suitable even for those who do not have a “green thumb” since it tolerates any cultivation errors, fatal, on the other hand, for other varieties.

This succulent plant has tubular white flowers with reddish spots, and flowering is enhanced by bright light. The leaves are fleshy and slightly wavy, and varieties of Adromischus cristatus differ from each other according to the shade of green. They generally range from dark green to yellow-green as in the case of the variety of Adromischus cristatus v. zeyheri, which is distinguished from other varieties by the presence of hairs on the leaves (see picture above), which, in this case, sleep flattened and not stripped.

However, it is inadvisable to store them above radiators. They can be moved outdoors in summer but should be placed inside at the onset of cold weather.

Adromischus cristatus origins in South Africa. Because they are native to hot climates, Adromischus prefer hot weather over cold weather.

However, this succulent plant has shown no special difficulties in adapting, and some types can resist brief frosts. Succulents, on the other hand, thrive in temps about 20°C.

Watering Adromischus cristatus. Like many other succulent plants, this Crinkle Leaf Plant only needs a little water.

In spring and summer once every seven to ten days and during winter, watering should be reduced to once or twice a month.

The amount of water to be distributed should generally wet the whole soil evenly but without stagnation. Watering Crinkle Leaf Plant must be direct to the soil.

As it is a small succulent that will not grow much, instead of buying commercial fertilizers you can prepare fertilizers for succulents at home by reading the article we leave you.

Or you can replace all or part of the soil in your pot, with a high-quality commercial succulent mix like this recommended one. This way you will replenish all the nutrients that are washed out of the soil and there will be no nutritional deficiencies in your plants. 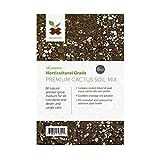 Adromischus species grow slowly. Repotting should be done only when the size of the plant outgrows the container, which is rare for an Adromischus.

Mealybugs can attack Adromischus cristatus due to overwatering.

It is recommended that the pot be placed in a favorable area with access to light for Adromischus cristatus propagation. They respond well to extreme light conditions, drafts, and temperature changes. However, excessive heat exposure is not recommended. They can be relocated to a cooler spot throughout the summer.

The Crinkle Leaf Plant does not require a lot of water. As a result, this Adromischus leaf, which has yet to establish roots, will not require much water.

It is critical not to overwater Adromischus cristatus propagation, as it will quickly decay. 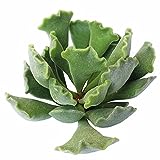