Knockout rose bushes are very cold hardy and can withstand temperatures as low as -25 °F (-32 °C). Caring for Knockout roses is not very difficult, and they adapt easily to any garden.

When to Prune Knockout Rose Bushes

If you live in USDA zone 5 we recommend our article about when to prune Knockout roses zone 5.

When is the Best Time to Prune Knockout Rose Bushes 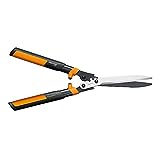 How to Prune Knockout Rose Bushes

This pruning will completely rejuvenate your Knockout rose bush and give it proper growth. It will probably take a little longer for the roses to bloom compared to regular pruning, but they will bloom.