Peach trees are one of the most low-maintenance fruit trees available. Peach trees, like many other fruit trees, are subject to diseases and pests, but because peaches ripen so early in the season, these issues rarely influence the yield. And, because of the various dwarf types that only grow to be 4 to 6 feet (1.2 to 1.8 m) tall, harvesting is typically a breeze. Pruning, on the other hand, is an important maintenance chore that should not be disregarded. If you establish an annual pruning schedule for your peach trees, they will be healthier, more prolific, and simpler to work with. In this article learn about When to Prune Peach Trees and How to Prune Peach Trees.

When to Prune Peach Trees

When Should Peach Trees Be Pruned? Peach trees, unlike many other fruiting plants, do not need to be clipped when they are dormant. Pruning them when the weather is still cold makes them more prone to dieback and less cold-hardy in general.

To the question When to Prune Peach Trees that will depend on the region and weather that you have. Pruning should be done during the vegetative recess of the tree (when it is losing its leaves) in early autumn, late winter, or early spring, this will depend mainly on two things, the healing of the tree which is greater in early autumn, and the risk of frost, which ideally is once it has passed. If in your region there is still a risk of frost in autumn, it will be better to wait until late autumn. It is important to avoid pruning with too much humidity or rain. Do not prune in the middle of spring.

It is important to remember that flowers come from one-year-old branches and that there are branches that if they produced fruit can no longer produce again. The objective of this pruning is to ensure fruiting for the year and to replace these branches. Fruiting branches can have different groupings of buds.

There is the mixed branch that bears flower buds (swollen and pink buds are seen) and wood buds (elongated and smaller buds) and is, therefore, an ideal element.

Sterile branches (not bearing flower buds) are offshoots, vigorous branches, and woody branches bearing only wood buds. This pruning consists of eliminating excess branches, especially woody branches, but keeping some if necessary to produce replacement branches, leaving them at two buds. In general, remove old branches that have already borne fruit, unless they can still bear fruit or have an apical bud (can continue to grow upwards), but keep in mind that as the branch ages it will not bear fertile elements and will move away from the main branches.

If a lot of fruit was harvested in one year, it is suggested to cut the mixed buds above a wood bud leaving 6 to 7 buds, otherwise, if it was poor leave the mixed branches intact and cut the May bunches to a third of their length. This pruning is done every 3 years on the peach tree.

Peach trees should be pruned once a year before the spring. Pruning a bit too late is preferable to pruning too early. Shoots growing in the heart of the tree, on the other hand, can be removed at any time since they restrict sunlight and air from reaching the fruits. Furthermore, removing them throughout the summer typically means removing them less the following spring.

When a peach tree is at least three years old and has grown sufficiently to generate good fruit production, major pruning should begin. Prior to this, pruning should be confined to developing the tree’s fundamental form.

Before You Get Started to Prune Peach Trees

Before Getting Started, Peach trees should be trimmed into an open “V” or vase shape, with three to five well-spaced main branches creating the vase, rather than a central stem, as is done with other fruit trees. These major “scaffold” branches should be at a 45-degree angle to the trunk, leaving the center of the tree exposed to the sun and air.

Because peach trees bear fruit on one-year-old wood, a mature tree can be trimmed heavily. After pruning, remove around 40% of the tree each year to foster new growth and ensure that fruiting branches appear each year. Remove old gray shoots in general since they will not bear fruit. However, the one-year-old shoots, which will be reddish in color, should be left alone.

Long-handled pruners, Pruners with a long handle facilitate the task

Long-sleeved shirt to protect your skin during the task

Step-by-Step How to Prune Peach Tree

Remove Dead, Damaged, And Diseased Branches From The Peach Tree

When you are looking at your peach tree, branches that are dead, damaged, or diseased should be removed.

Remove any branches in bad condition using long-handled pruners or a pruning saw. When you notice such branches, you should cut them down. This is true of all trees, but it is especially true of trees that give fruit on new growth, such as peach trees.

Dispose of the discarded branches by cutting them into manageable pieces and bagging or bundling them.

Choose The Main Branches And Eliminate The Others

Select three to five primary upward-growing “scaffold” branches along the edge of the tree in the early years of its existence. Then, using a pruner or pruning saw, remove any competing huge branches. Remove branches at the tree’s core, as well as those that are developing downward or horizontally.

The idea is to make a tree with an open core and a V- or vase-shaped profile.

When Trimming Peach Trees, It Gets Rid Of Narrow, V-Shaped Crotches

Pruning should be done in such a way that narrow, V-shaped crotches are avoided since they are weak and prone to breaking when the branches are carrying a big fruit production. Crotches that are 45 degrees or broader are less likely to separate.

Tall Branches Should Be Trimmed. Trim the ends of any tall branches using a pruner; the objective is to preserve the tree at a harvestable height. If you don’t have access to a ladder, you’ll have to chop the branches down to a height that you can reach from the ground.

Interior Branches That Are Spindly Should Be Removed

Remove Spindly Interior Branches when pruning peach trees. Any little, spindly branches that are developing inward from the major scaffold branches should be pruned. Any sprouts that point straight up or down must be removed from the peach tree.

Cut Back Remaining Red Shoots. Cut the fresh red shoots down to around 18 inches in length with pruners. Cut an outward-facing bud to within 1/4 inch of its length. Fruit-bearing stems should be kept near to the main branches so that the fruit is well supported and simple to harvest.

Prune the offshoots at the tree’s base as well. If they’re little enough, you can take them off with your hand; if you pull them instead of cutting them, they’ll be less likely to regenerate.

Prune Peach Trees and Fertilization – It is suggested to make 4 applications per season with fertilizer for peach trees, especially in hot months, and in case of stress such as pruning. Two fertilizations are essential, one in early spring and one in late summer. In case of stress, there is also the option of applying a bio-stimulator that acts on the foliage or leaves of the tree to strengthen their production and to stimulate the production of flowers and fruits. 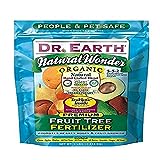 Conclusions about When to Prune Peach Trees and How to Prune Peach Trees – Remove the entire branch if there is no new growth within reach on a tall branch. These are unlikely to produce fruit, thus eliminating them guarantees that the tree’s energy is directed toward new product development.

If there aren’t enough upward-curving main branches on the tree, look for a second branch with fresh upward-curving growth and trim back to that new growth. For future seasons, this will be one of the primary branches.

Peach trees don’t survive very long. So, if you plant a new peach tree every five to six years, you’ll never be without one. Learn more about when to prune fruit trees.