Impatiens are very showy flowering plants. Ideal to keep in pots, being native to tropical regions during the coldest months of the year. You should protect them so that they arrive to spring healthy. Learn all about yellow leaves on Impatiens in this full guide.

First, and for reference, the lower or older leaves of our Impatiens are the first to dry once completed the cycle starting to turn yellow and eventually dry, if this is your case, do not be alarmed we are within the normal parameters of the Impatiens, on the other hand, if those that turn yellow are the newer or central leaves then we may already have a problem.

What Causes Yellow Leaves on Impatiens?

What Causes Yellow Leaves on Impatiens? The leaves of our Impatiens are great indicators of what is happening and what we are doing wrong in general in the care of our Impatiens, everything can be due and usually is due to large groups of deficiencies or deficiencies that may be watering, nutrients, light or diseases and/or pests. Above all, it is usually due to lack of irrigation or lack and/or blockage of nutrients that the plant cannot assimilate.

Yellow Leaves on Impatiens Due to Nutrients

Yellow Leaves on Impatiens Due to Nutrients. One of the most probable and common causes is the lack of nutrients in our plants, especially in the case of pots, it can also be because the plant cannot absorb the nutrients that it has available in the pot or substrate due to the pH, but generally, it is due to a lack of nitrogen, phosphorus, iron, magnesium, manganese or zinc.

If it usually appears first in the new shoots of the leaves it will surely be micronutrients (magnesium, iron, manganese, or zinc).

However, if it appears before in older leaves it will be macronutrients (nitrogen, phosphorus), accompanied by this discoloration of the leaves usually appear wrinkling leaves or even necrosis.

Most commonly, Impatiens suffer from a lack of iron and that is why the leaves appear yellow. This problem can be easily solved with iron chelate.

Yellow Leaves on Impatiens by Irrigation

This one next to that of the nutrients is one of the causes of yellow leaves on Impatiens. The lack of watering or even the excess of the watering can get to produce yellow spots in the Impatiens, especially on the edges that usually come accompanied of that our leaves are falling down or even change to a tone but brown in the stem, especially if it is lack of watering.

Impatiens can hold a lot of water, but they like to have a moist substrate. In winter, it is sufficient to water Impatiens once a week, but in summer they need more frequent watering. Never wet the leaves of your Impatiens to prevent the appearance of fungus.

A great friend of the orchards in humid climates are the fungi that often manifest themselves by turning their leaves to yellower colors, especially mildew, which is a fungus that usually affects Solanaceous plants (tomato, potato, bell pepper…), although it can also be caused by rust (affects garlic, onions, leeks or legumes).

To prevent our Impatiens from being attacked by fungi, we must avoid wetting the leaves when watering them. If our Impatiens already have yellow leaves due to a fungal attack, we should use a broad-spectrum fungicide. 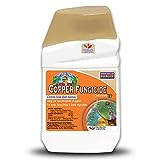 Impatiens are plants that grow and develop much better in the shade. Make sure they receive sunlight but not direct sunlight or their leaves may wilt.

If you want to put Impatiens in a place where there is a lot of sun, the best thing to do is to expose it gradually to the sun, increasing its sun exposure day by day.

The attack of the nematodes, although for this cause are usually fewer symptoms can also put our leaves yellow and wilt, nematodes attack the roots preventing them from absorbing nutrients and water properly.

Other pests such as whiteflies and/or spider mites can also show yellow leaves, although these are easier to detect as we will see them swarming on the leaves. The bites of these insects cause yellow spots on our leaves.

To eliminate these insects from our Impatiens, it is best to use neem oil. Neem oil is ecological and safe to use in our garden. Learn more about how to mix neem oil for plants.

The Appearance of Viruses in Impatiens

The appearance of viruses is the least common case that can occur in our Impatiens. Virus detection in Impatiens is difficult to detect, if none of the other options have helped you, it is probably a virus that is affecting your plant.